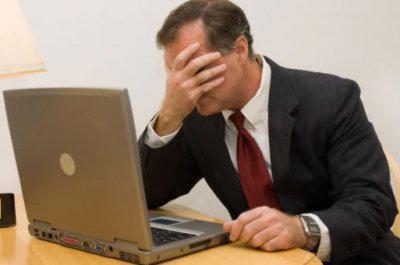 What goes into a successful online dating profile is the matter of some debate. It’s much easier to specify bad practice than it is to elucidate good practice. Why? Because what works for one guy or gal, isn’t going to work for another guy or gal, both of whom may be more interested in making themselves seem desirable, than making themselves seem desirable to the right person, which is infinitely more important.

If You’re a Nerd, Be a Nerd

Describe who you are and what you like without being apologetic or overly explanatory. You’re not looking to attract every single person on the site, you’re looking to attract the right people. If you’re a dude who likes comic books and gaming, there’s plenty of girls out there that like that too. You don’t want to hide it. You don’t want to apologize for it. You simply want it out there so other girls or guys know what you’re about.

Any profile with the words “sexy” or “princess” in them are not good online dating profile ideas. Why? Because the best dating profiles are original. And sexy princess xoxo is about as original as a loaf of bread.

My Last Boyfriend/Girlfriend Cheated on Me with Whoever

Big deal. It happens to everyone. You aren’t the first person who’s been cheated on and you won’t be the last. The fact that you’re whining about it on a dating site means you clearly haven’t gotten over it and you’re not ready to be in a relationship. It’s not a good online dating profile idea to discuss why you’re currently not in a good place for a new relationship. Be smart. Don’t be whiny.

Not impressive. You may think your capacity to find the clitoris makes you a very special catch, but your willingness to announce it an introduction makes you a fucking idiot. Anyone isn’t blind or cares where the clitoris is can find it. Women will be turned off by this because it’s stupid to announce your clit licking abilities before the two of you have even exchanged names.

I’m a Topless Guy Posing with his Car

A good online dating profile has never had a topless guy posing by a car as the profile picture. Why? Because you’re douchebag and for some reason you’ve seen fit announce this to the world. It’s about as appealing as a guy taking a selfie of himself in the bathroom mirror with his phone. Don’t do that either. Why not? You look like a narcissistic tool.

A good profile pic is going to have a picture of you taken by someone who likes you and cares about you. The idea here is folks like that tend to see the best in us and they bring out the best in us. Pick pictures from times when you were particularly happy, or having a good time. Folks are going to want to know what it’s like to be with you, and they want to imagine the time they spend with you as happy. Folks will never imagine themselves being in the bathroom with your topless selfie. A laptop headshot is alright, but bathroom selfies are not good dating profile practice. You don’t have to believe me. Just remember I said it when no one’s responding to your messages.

How to Create the Best Dating Description on your Online Profile